Société Générale is one of the oldest and most prestigious banks in France. It was founded by Napoleon III when he signed a decree on the establishment of Société Générale as a Limited Liability Company in May 1864.
Today it is one of the leading financial services groups in Europe, with more than 120,000 employees and 22.5 million customers worldwide.
The company operates in retail banking and financial services, investment management, as well as corporate and investment banking. In addition, it claims the title of the fourth largest bank in the EU with assets of 2262 billion EUR under management,
By 1870, the bank had 15 branches in Paris and 32 offices in French provinces. In 1871, he opened a representative office in London. In the same year, Société Générale entered the public market, providing a national loan for debt obligations to cover the military compensation provided by the Frankfurt Treaty.
From 1871 to 1893, France entered a period of economic disaster marked by the collapse of several banking institutions. However, Société Générale continued to grow at just a more moderate pace. By 1889, the bank had 148 branches.
In 1894, the bank began providing short-term loans to Industrialists and traders, as well as to collect corporate and private deposits. At this time, Société Générale shares were first put up for sale, and private debt loans were launched in France and Russia.
In 1895 Société Générale had 14,000 shareholders, and by 1913 there were 122,000.
Although the war years were fraught with difficulties, including the loss of Russian business, Société Générale in the 20s became the leading bank in France.
To meet the requirements of investment companies, Société Générale established in 1928 a subsidiary of CALIF, specializing in medium-term lending.

French and international business, in general, suffered in the 30s, forcing Société Générale to close local branches. Immediately in advance of the Second World War, the number of branches of the institution fell to the level of 1922. 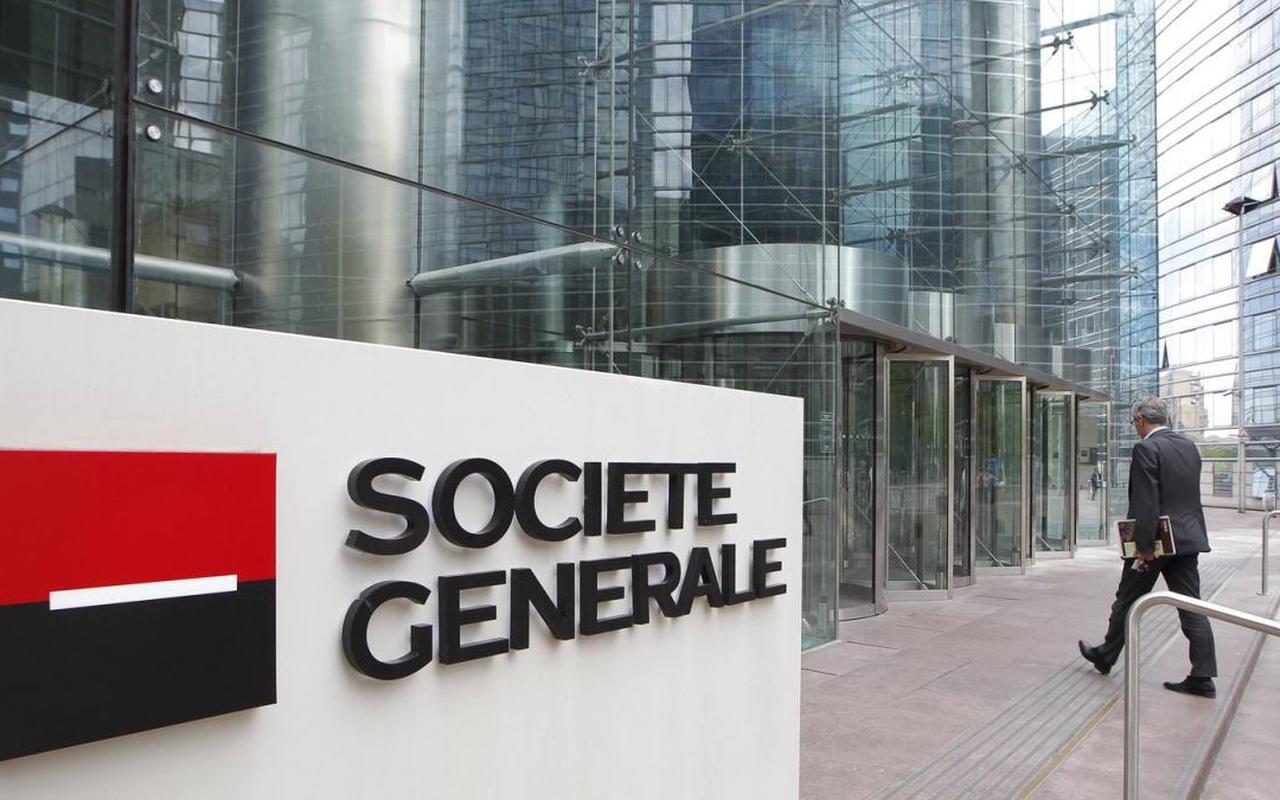 Nevertheless, the bank was actively engaged in the placement of numerous government loans launched during this period by France. The war and the German occupation interrupted the work of the company and the bank had to move to Africa and America.
Société Générale was nationalized in 1945. The subsequent period – until 1958 was characterized by a rapid recovery of French economy but also by a stronger balance of payments imbalance requiring constant exchange controls and almost constant credit controls.
Only in 1959 the economy really recovered, but the control over loans was strengthened due to constant inflationary pressure.
The sharp increase in production and foreign trade opened up new business areas for banks, and the range of banking services offered expanded significantly.
Société Générale continued to expand, moving to Italy, Mexico, Belgium and Spain and adapting its African institutions to fit the liberated former colonies.
The turning point for banking regulation came in 1966 and 1967 with the creation of the mortgage market – changing the distinction between deposit and investment banking.

The 1970s were characterized by two main events: expansion of the international network and comprehensive implementation of IT tools to cope with the expansion of the customer base and the development of deposit money. In 1971, the emergence of ATMs was crowned with success and the development of credit cards.
In the early 1980s, Société Générale set two commercial goals: the internationalization of markets and the emergence of new financial instruments.
On 29 July 1987, the bank was privatized. Retail banking was strengthened in 1997 with the acquisition of Crédit du Nord, highlighting the group’s determination to benefit from the restructuring of the French banking system.
In 1999, the group entered into merger negotiations with Paribas Bank, but was overtaken by its rival, the National Bank of Paris (BNP).
In 1998, Soc Gen established retail banking outside France as a separate unit, which also expanded in 1999 through acquisitions in Romania (BRD – Groupe Société Générale), Bulgaria (Société Générale Expressbank) and Madagascar.
This external growth strategy was strengthened in 2001 by acquisitions in Central Europe – Komer Ní Banka in the Czech Republic and SKB Banka in Slovenia.
The bank continues to develop its corporate and investment business and is committed to expansion through mergers and acquisitions as well as acquisitions of specialised firms (Hambros in the UK, Barr Devlin and Cowen in the USA).