Reid Hoffman is an American businessman, author, and entrepreneur best known as one of the creators of LinkedIn. His brainchild became the most useful service for creating new business connections and job search.
Hoffman was born on 5 August 1967 in Stanford, California. He attended Putney school and then entered Stanford University, where he received a bachelor of science degree in cognitive science and symbolic systems in 1990. He received a master’s degree in philosophy from Oxford University in 1993.
Reed Hoffman wanted to do something meaningful, something that would have a positive impact on the world. He realized that although his education would undoubtedly be very useful to him, he ultimately wanted to become an entrepreneur. So in 1994 he joined Apple Computer, where he made his first attempts to create a social network. He worked on eWorld, which was acquired by AOL, and in 1996 he took a job at Fujitsu for a while before founding his first company called SocialNet.com. Basically it was a dating site, but then it was one of the first services of this kind. During this time, Hoffman was also a member of PayPal Board of Directors. He left SocialNet.com in 2000 and started working in PayPal as COO. By 2002, he was Vice President of the company.

Riff Hoffman as creator of LinkedIn

In 2002, Hoffman co-founded LinkedIn with two colleagues from SocialNet. The site, launched in May 2003, was one of the first of its kind. Since November 2012, LinkedIn has over 187 million users in 200 countries. Forbes called this site as “the most profitable social networking tool available today for job seekers and business professionals.” He started as CEO of LinkedIn and became President of products in 2007. In June 2009, Hoffman became Executive Chairman of the company. 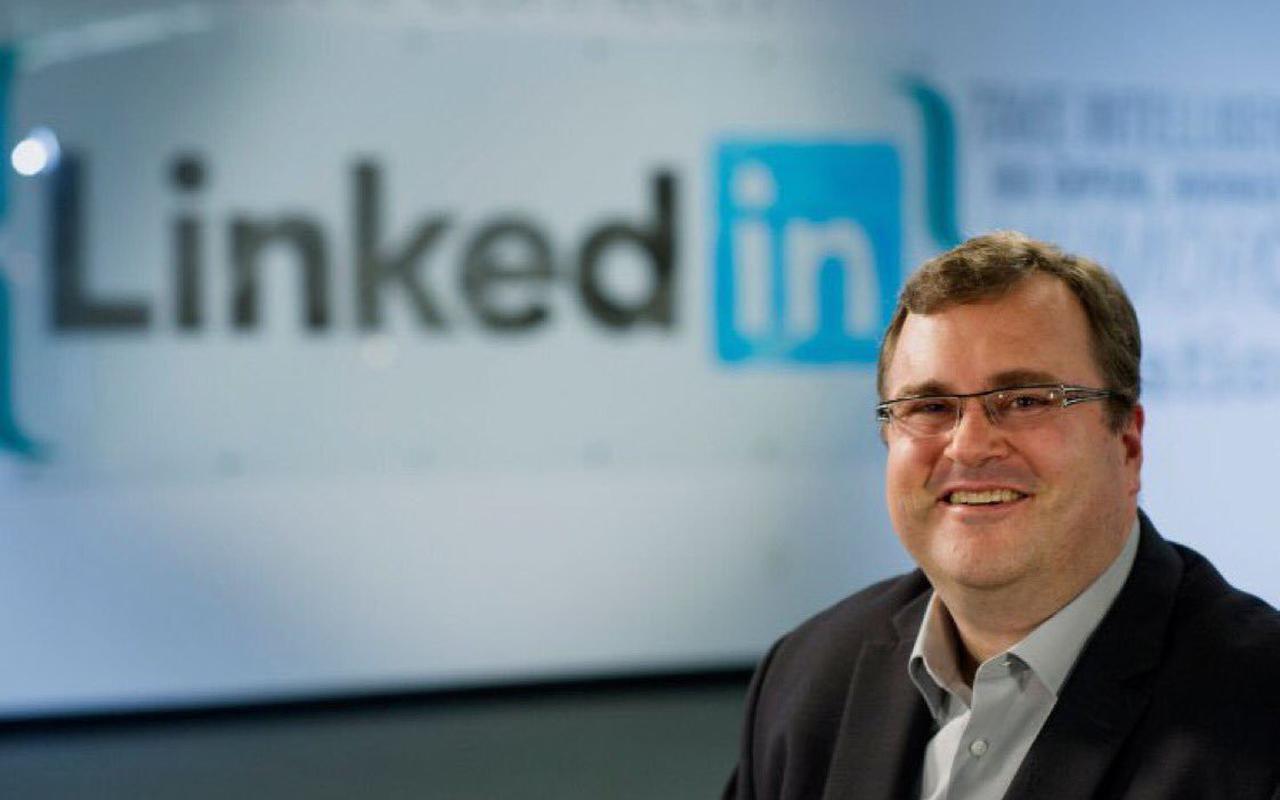 After PayPal was sold to eBay, Hoffman became a successful and one of Silicon Valley’s most creative investors. Known as the “Silicon Valley super investor”, Reid Hoffman invested in many businesses such as Zynga, Wikia, SixApart, Permuta, Flickr, Ping.fm, Care.com, Kongregate, Tagged, IronPort, OneKingsLane, Edmodo, shopkick, Vendio Digg, Nanosolar, Knewton, Technetto, Wrapp and OneKingsLane. He was a Junior Product Manager at Apple and Fujitsu, a supervisor at PayPal, an institutional investor, a member of the Board of Directors of public and private companies, and finally the founder and CEO of LinkedIn.
Hoffman frequently attends the world economic forum in Switzerland, Davos and Bilderberg meetings. He also frequently lectures at Oxford University, Stanford University, Harvard, Massachusetts Institute of technology and some others. His achievements have been marked by many awards, including the nomination “EY Entrepreneur Of The Year” in 2011. He also took 3rd place in the list of the largest technology investors Forbes “Midas”.