World economic forum – litmus test of the state of the world

This year’s world economic forum became a reflection of the whole world even more fully than before, and this reflection is not at all positive. Representatives of the countries are upset and wary. They did not talk about the decline in the growth rate of the economy, but no one was particularly tuned to the rapid positive dynamics. It should be noted one remarkable change in the current year: The USA moved away from the rest of the world.

In 2019, the United States did not send an official delegation to Davos, the reason was the shatdown – Donald trump’s conflict with Congress, which is why journalists have already spoken with one voice about the distance of the United States from all other states.
In turn, Europe is now at a loss, broken and forced to deal with a huge number of problems. One of three major European leaders in Davos was only Angela Merkel. Theresa May, the head of the UK government, was absent due to the economic transformations associated with Brexit. Emmanuel Macron was busy with long protests in France. This situation was strongly felt in Davos – the empty chairs of world leaders morally pressured on the audience, reminding of the consequences of major European countries democratic way.
However, that doesn’t mean anyone will replace May or Macron. Despite the backstage talk, China took an even more modest role than before. He sent Wang Qishan, Vice Chairman and prominent figure of China to the international forum. The politician had to convey a peace-loving message: Beijing tries to make decisions on the win-win formula and is set to long-term cooperation with other states. Surely this is true – China has enough internal problems, including the slowdown of the economy and the growing discontent of citizens. India is also restless, so Prime Minister Narendra Modi ignored Davos this year. 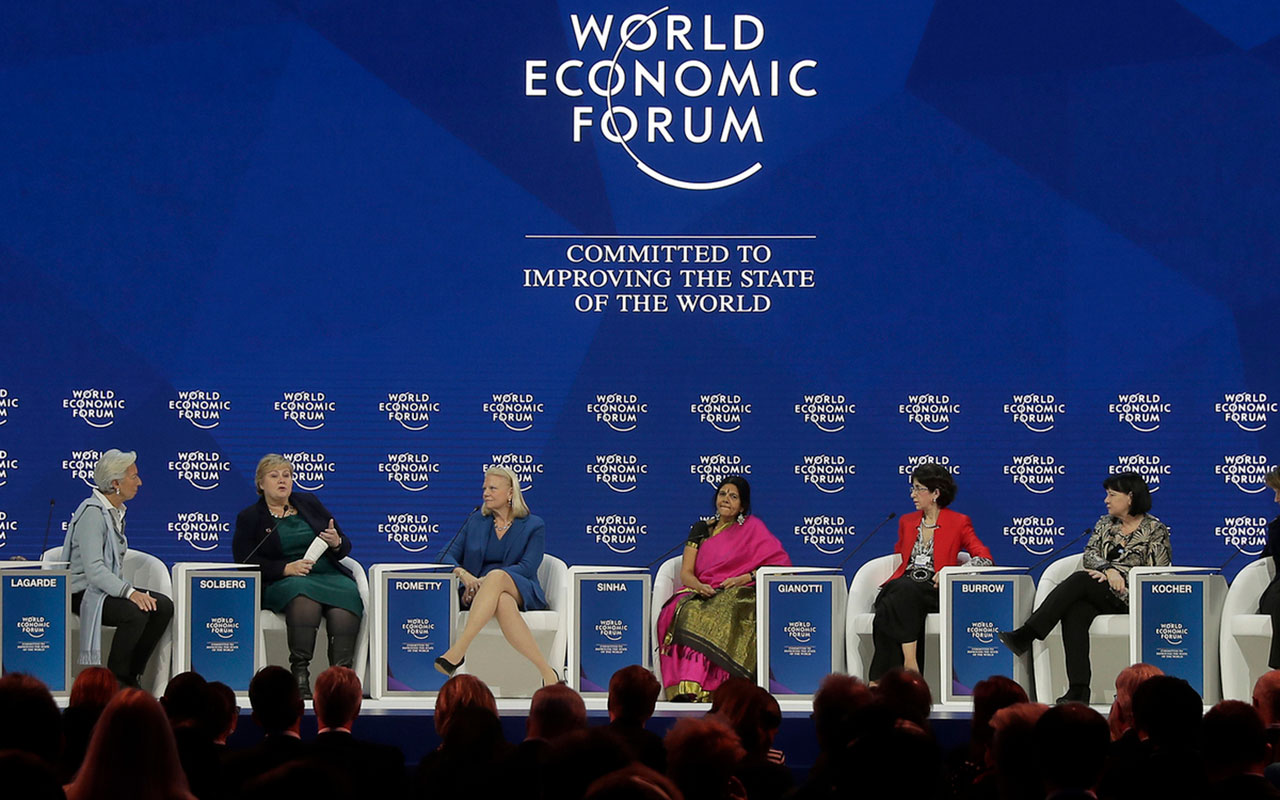 The international forum is far from a dictatorship – only some of the politicians who are committed to this style of governance were present. Despite all the difficulties of the economic situation of European countries, Vladimir Putin and Recep Erdogan do not have such power as one might think. Both presidents, as well as the Prince of Saudi Arabia, chose not to attend the event. Elected in 2018, the Brazilian ruler, Jair Bolsonaro, visited Davos and made a 6-minute speech, the response to that was complex.
The participants of the international forum continue to hope for new developments. Representatives of major consortia Cargill and Novartis made presentations on how they propose to use artificial intelligence to optimize the economy. They are convinced that AI is the future, so companies need to quickly adapt to changing conditions, so as not to remain in the back ranks among competitors. Experts believe that another type of clerks in danger because of automation, and this time we are talking about analysts. However, Executive Directors of corporations believe that the problems of increasing unemployment due to the onset of neural networks can be solved.